SLIP-G™ (Standard Library of IP Generators) from Agnisys offers configurable standard IP generators as an extension to its addressable register generator tool. These IPs are designed to be easily customizable and configurable to meet any SoC requirement. IDS automatically creates register specifications and generates RTL for standard IPs. All SLIP-G™ generated IPs are characterized by generation time parameters. Users can choose these parameters based on their specific needs.

A new IP, UART, is added in the standard library.

UART stands for Universal Asynchronous Receiver/Transmitter. This block provides the controller with the functionality of asynchronous serial data transfer. 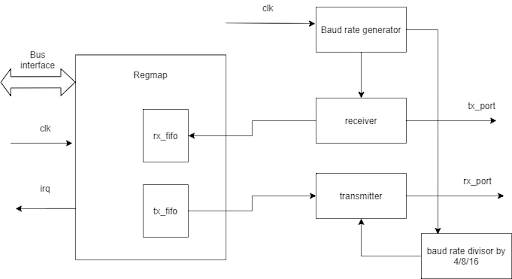 UARTs transmit data asynchronously, which means there is no clock signal to synchronize the output of bits from the transmitting UART to the sampling of bits by the receiving UART. Instead of a clock signal, the transmitting UART adds start and stop bits to the data packet being transferred. These bits define the beginning and end of the data packet, so the receiving UART knows when to start reading the bits.

Start bit: Start bit is a synchronization bit that is added before the actual data. The start bit marks the beginning of the data packet. Usually, an idle data line, i.e., when the data transmission line is not transmitting any data is held high.

To start the data transfer, the transmitting UART pulls the data line from a high level to a low level (from 1 to 0). The receiving UART detects this change from high to low on the data line and begins reading the actual data. Usually, there is only one start bit.

Data bits: Data bits are the actual data being transmitted from sender to receiver. LSB is the first bit of data to be transmitted

Parity bit: Parity allows the receiver to check whether the received data is correct or not. Parity is a low–level error checking system and comes in two varieties: Even Parity and Odd Parity.

Stop bit: The Stop Bit marks the end of the data packet. It is usually two bits long but often only one bit is used. To end the transmission, the UART maintains the data line at a high level. 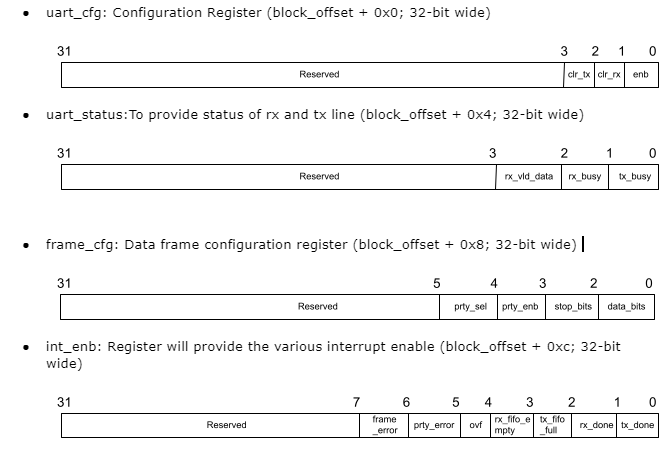 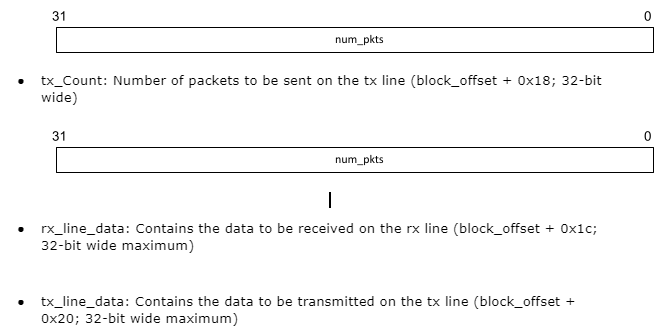 SLIP-G™ automatically creates register specifications for certain standard IPs with add-in functionality of configurability and customizability, allowing users to configure and customize these IPs to suit their requirements. Agnisys constantly adds new IPs and enhances existing ones to provide ease to the user. Also, all the generated files are available as plain text for easy debugging and use by downstream tools.

Multibit Inference to save Area and Power

A multibit component (MBC), such as a 16-bit register, decreases the area and reduces the power in a design. But the essential benefits of MBCs are the creation of a more uniform structure for layout during place and route and the development of the synthesised area of a design.

Example of usage of Synopsys directives: 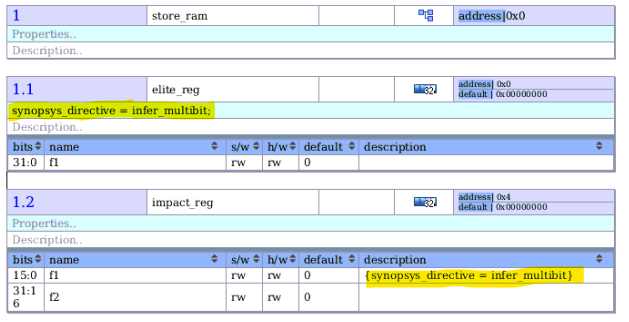 The directive, “synopsys_directive = dont_infer_multibit”,  is utilized to disable the mapping of the multibit registers and signals.

Essentially, infer_multibit have the taking after two techniques:

IDS has introduced a new capability using SVG output to represent the specification in a more elegant graphical representation in two dimensional file format. SVG is an extensible Markup Language based vector graphic format for the Web and other environments. The XML code in a SVG file specifies all of the shapes, colours, and text that comprise the image. SVG has several methods that describe lines, curves, shapes,  paths, boxes, circles, text, and graphic images.

IDS provides an easy way to generate SVG Output. To use this feature, svgalt2 keyword is used in output command. The syntax will be as shown below:

On executing the above command a file with the .htm extension will be generated in the ids folder in its current directory. This file can be opened in any browser.

The key feature of SVG output is the rich look of specification with dynamic GUI which is supported in any browser. SVG output file is stored with the .htm extension.

In the case of chip level only .htm files will be generated with respect to top level component names This has been illustrated in the below image. 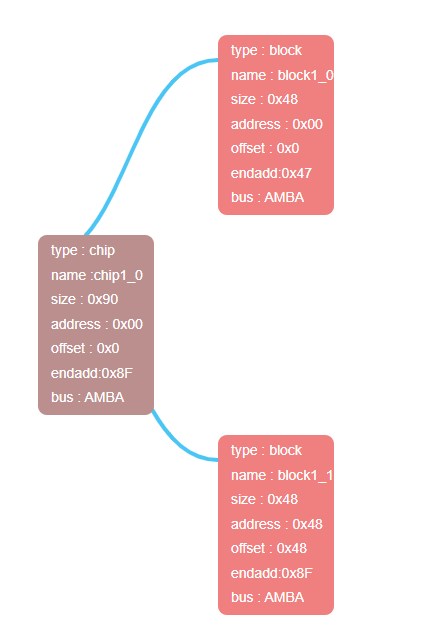 This feature supports the chip-in chip feature and for chip level specification an index file is also generated with the name i.e., “index.htm” which contains a table of contents of child components. The details of TOC are linked with its respective SVG output. So, it will be redirected to SVG output on a single click.

Note: This Index.htm should be used for chip in chip case.

Output file will represent chip and block level data with its hierarchical definition in a rectangular box. Each component is mentioned with a box and this box contains component details (i.e., type, name, size, address, offset, end address and bus). Each box is linked with its child component and the child component is able to collapse and expand on a single click on the parent component. This has been illustrated in the below image. 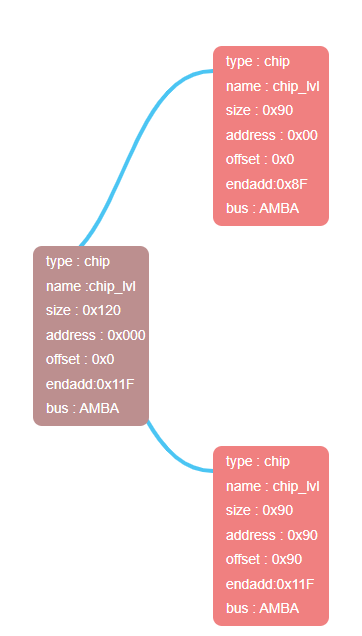 Fig 1: One level of hierarchy (collapsed)

Scalable Vector Graphics (SVG) is a way to render for graphical representation and it helps in understanding the hierarchical connection between each component and has some default data which gives an overview of it. This output is very useful for large data.

A new command in ISS, “read_check” has been supported. In this “read_check” command, the register/field’s hierarchical path will be given in the “step” column, and the value for which the comparison needs to be done will be given in the “value” column. Also, an internal variable will be maintained to keep an error count whose value will increment if any mismatch is encountered for a read check. If any read_check is used in a sequence, at the end of the sequence, a summary of check errors will be displayed. 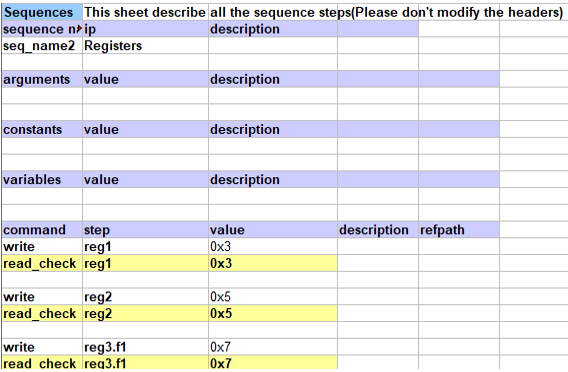 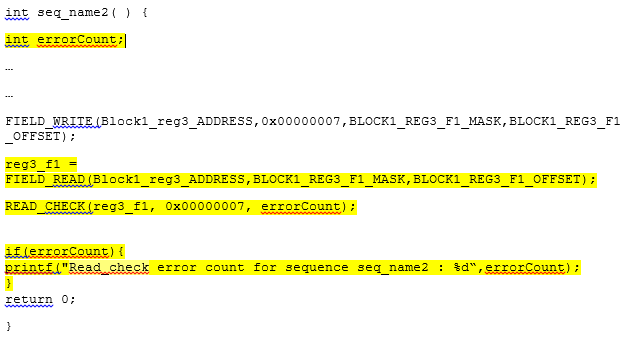 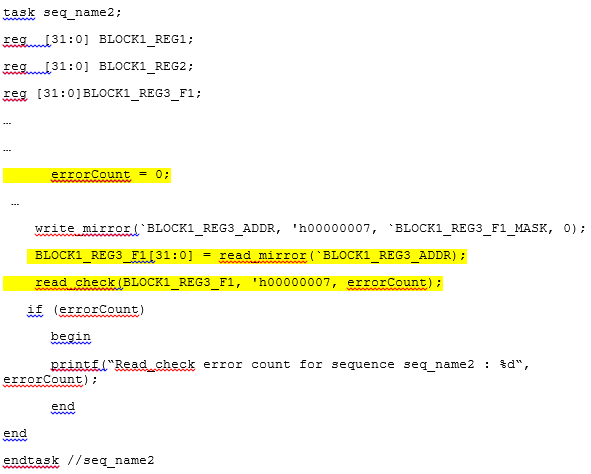 With this feature, it becomes handy to get overall errors about the test sequence. The number of errors encountered in a sequence helps in getting an overall idea of the status of the test which has been run.

With the continuous advancement of a range of FPGA products in the market, offering the promise of a highly integrated solution with efficiency and reliability is becoming a challenge. Often FPGA designers are faced with challenges like  power management, device modeling and increasing I/O performance to match the optimum computational capacity for much complex designs. In addition to this, there is a pressure to deliver these very large designs quickly to save time-to-market.

IDS-FPGA is an integrated solution which is uniquely poised to specifically target FPGA designs to speed up the development while maintaining quality, based on Agnisys’ decade-long experience in specification driven development. This will solve the need of the FPGA designers by providing them an easy-to-use system to design, verify and target the FPGAs. 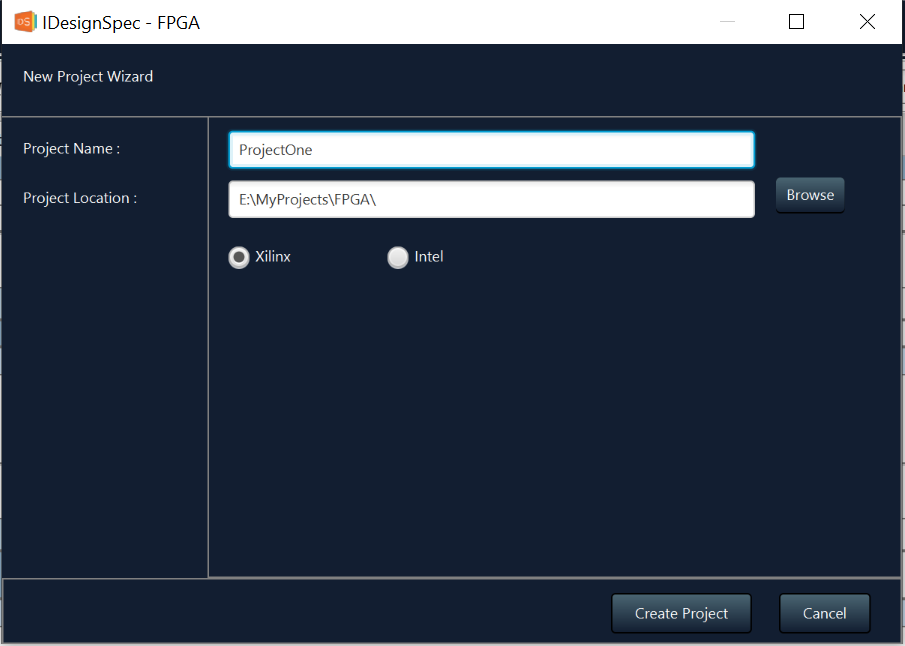 Fig 2: Example design snippet with use of Xilinx UltraScale+ blocks 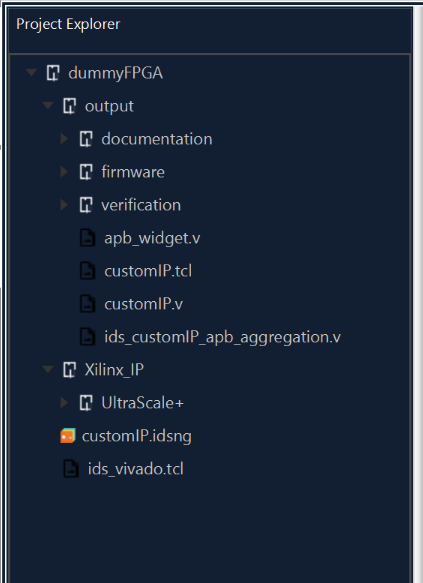 With IDS-FPGA, teams can cut their development time in half using this automated code generation, IP generators, and the smooth integration with the target FPGA vendor software like Xilinx. A high quality and reliable generation of corresponding verification, firmware code as well as documentation for larger designs involving the target FPGAs to ensure consistency of design information among different teams. The future scope would be adding more vendors in the tool to improve the usability factor across a larger group of FPGA design engineers.